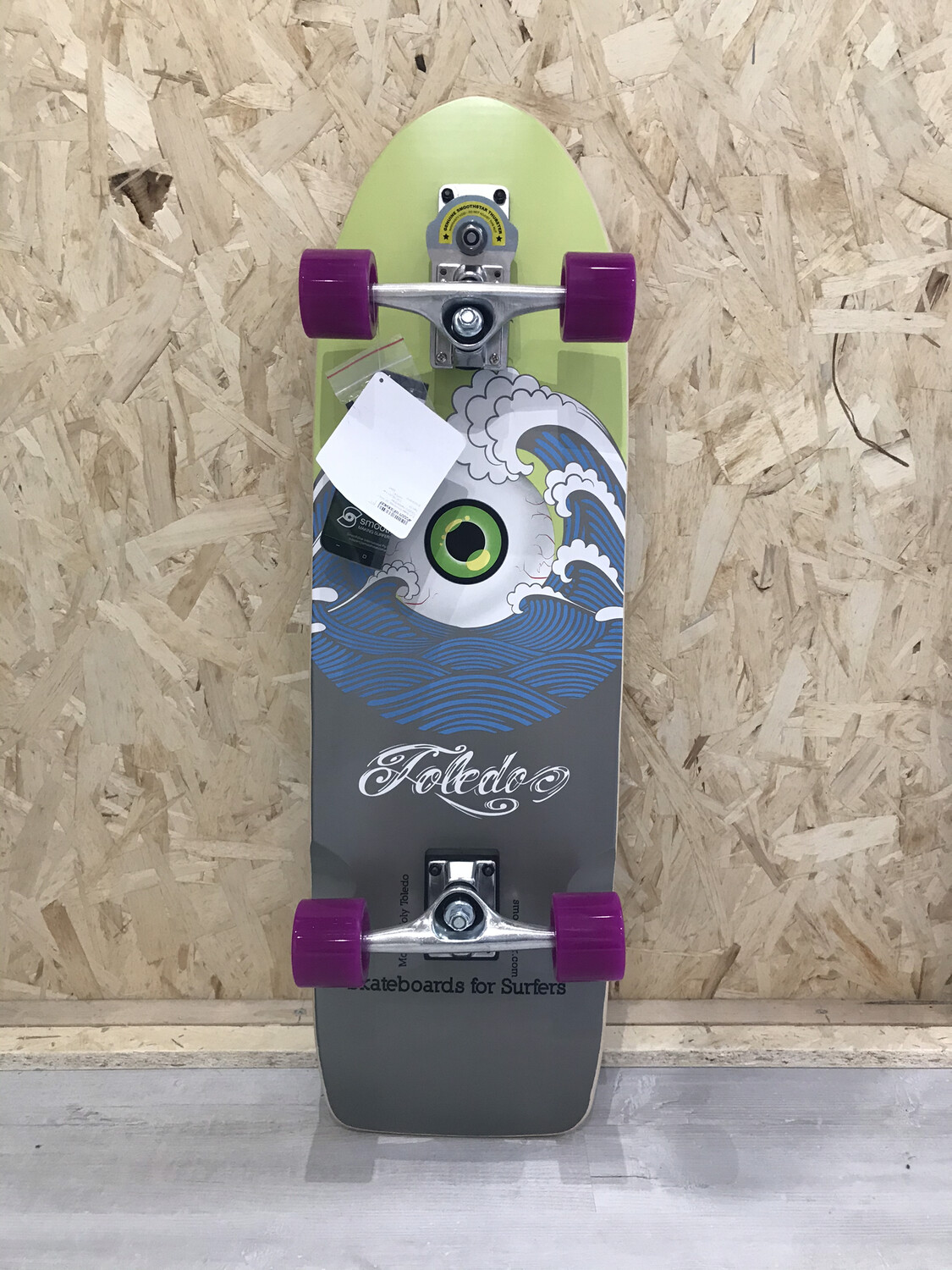 The 33” Holy Toledo is suited to teenager to adult surfers 5”4’ – 6”0’ (162cm – 183cm) in height. The 33” Holy Toledo is the original signature model of World Top 3 surfer Filipe Toledo. The 33” has a shallow concave and is suited to surfers who wish to pump and generate speed on flat sections. The 33” Toledo is also considered the step up board from the 32” Flying Fish, as it shares the same concave profile but more: width, length and wheelbase.

Product Information: The model name “Holy Toledo” was inspired by Felipe’s nickname, due to his radical and progressive surfing style when he was only 16 years of age. Toledo loved the looseness of the 32” Flying Fish, but needed a bit more drive so a design was created extending all the measurements. Toledo later tested a few different setups of width and wheels base distances. The 33” Holy Toledo gives surfers an all round surf performance and especially excels in generation of speed on fla

Who is Filipe Toledo?

The design of the deck design features many aspects of Filipe including his green eyes and the Toledo family tattoo. On the deck, it has the Filipe Toledo trademark aerial assault. It is finished in a sandy yellow/blue/grey.

The deck concave and tail is perfect for surf carving the streets. The deck is wider than most other skateboards so it helps your keep your line when you are drawing out your bottom and top turns.